From October 20th to 22nd, 2019, the Sixth World Internet Conference was held in Wuzhen, Zhejiang. This conference was hosted by the National Internet Information Office and the People ’s Government of Zhejiang Province. The theme of the conference was “Smart Interconnected Openness and Cooperation-Building a Community of Shared Destiny in Cyberspace”, which attracted approximately 1,500 guests from more than 80 countries and regions around the world. .

The list and maps present a comprehensive overview of the current big data industry in China from multiple perspectives, and have unearthed a number of best practice cases, leading companies, emerging companies and entrepreneurs. In the "China's Big Data Industry Application Top Choice 2019" released at the conference, Jiage Tiandi became one of the three companies on the list in the field of agricultural big data. This is also the follower of Jiage Tiandi's 2017 "Best Practice Cases of China's Big Data Application". , For the second time won the award issued by the DT Big Data Industry Innovation Institute.

In terms of data, through various data sources such as satellites, drones, the Internet of Things, and meteorology, Jiage can grasp the global vegetation dynamics for 30 years and agricultural meteorological data for 50 years in East Asia.

In terms of technology, Jiage's unique spatial data integration technology can simultaneously process dozens of satellite data from China and internationally, including China's High Score No. 1, High Score No. 2, Fengyun Series, Jilin No. 1 and so on. At the same time, Jiage adopts a self-developed data mining method based on deep learning technology. Through the learning of a large amount of historical data, it can build a generalized and highly robust prediction model to access long-term historical data analysis and future. Environment prediction, quickly realize the automation, intelligent processing of massive picture data, and four-dimensional data analysis of time and space integration. 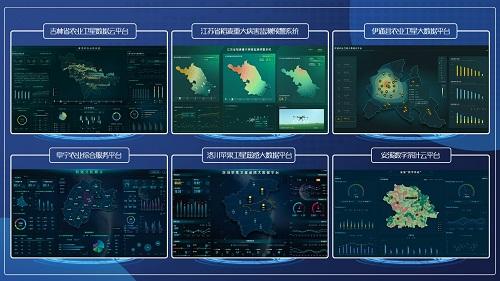 Big country agricultural road has a long way to go. In the future, Jiage will continue to use satellite remote sensing big data to serve Chinese agriculture and help China's agriculture move from "seeing the sky to eat" to "knowing the heaven and making things".

Related tags: Guiyang Website Construction , Guizhou Website Construction , Guiyang Website Optimization , Guiyang Network Company ,
Recommended News
Some general methods and details of SEO optimization
What are the brand website promotion strategies
Guiyang website long tail keywords mining methods and methods
What are Baidu's mobile ranking optimization tips
What does SEO need to pay attention to?
What are the details of Guiyang website production that cannot be ignored
Website construction should have that knowledge
How website keywords quickly rank
Website optimization must comply with three "must", who insists to the end, who is
How to judge the optimization scale of a website
Online marketing is not the same as online promotion, many netizens
What should customers do as the site begins to make?
Why do websites need to register domain names
How long will the com and cn domains expire?
Basic knowledge needed to do SEO optimization
10 most taboo rules of Baidu search engine
快3www.bdszn.com
快三www.yuhan117.com
快3www.yneihan.com
快三www.yoyo600.com
快3www.lwdx100.net
快三www.jsaxdt.com
快3www.yangliapp.com